In Summer 2019, Sweet Kaya was discovered together with her mother and siblings in an abandoned industrial area in the city of Pernik, Bulgaria. They were left to fend for themselves with no access to food or water. Luckily for Kaya and her family, volunteers saw them and brought them to the local Municipal Shelter. The staff noticed Kaya’s remarkable friendly and gentle behaviour towards people and notified our team about a potential new therapy dog for the Animal Assisted Intervention (AAI) programme.

After spending 6 months in the shelter, Kaya was finally adopted by her new owner and handler Petya. Kaya’s first trip to our veterinary clinic went smooth. Her eartag was removed and additional health checks were done. The test results showed she is in perfect health! Just like any other former stray dog, Kaya needed some time to adjust to her new life. She also shows how brave she is by following Smiley’s footsteps in becoming a therapy dog.

The story of an extraordinary bond between Kaya and Silviya

Growing up in a shelter and unfamiliar with the outside world, Kaya was very afraid in her first weeks after adoption. But after a lot of effort and patience, she started to flourish. Upon overcoming her fears and successfully completing her training to become a therapy dog, Kaya started supporting her first group: young adults struggling with substance use disorder at Tramplin centre in the city of Sofia. Kaya plays a vital role in these therapy sessions that support their recovery process. Her playfulness is contagious and moves their attention away from negative thoughts. Kaya’s former life and the hardships she had to overcome have helped form a very strong bond with the group as they identify themselves with her story. With the support of Kaya, the teenagers learn how to address their fears and learn about empathy and trust. Kaya mirrors their emotions and moods perfectly which help them with their recovery.

From the very first day, Kaya’s bond with a 17-year-old girl Silviya has been particularly strong. As Kaya was also a newbie, Silviya insisted on supporting her during the first sessions – always checking whether she had water and a comfy blanket in her corner. Kaya and Silviya share many similarities which made them instinctively closer. Both were adopted, and they share similar traumatic events from their pasts. Having survived violence and negligence, both were waiting for someone to take care of them. Fortunately, they both have found safe homes and loving families. While Kaya supported Silviya in her recovery process, Silviya helped Kaya in becoming a more confident therapy dog. They both positively impacted each other’s lives.

“Before coming to us, the only thing that Kaya knew was life in a cage, fighting for food. Now, Kaya’s life is the complete opposite. She has a welcoming home and a family who adore her, but she also has a meaningful mission to help adolescents who are in their own self-created cages (just like she once was).” 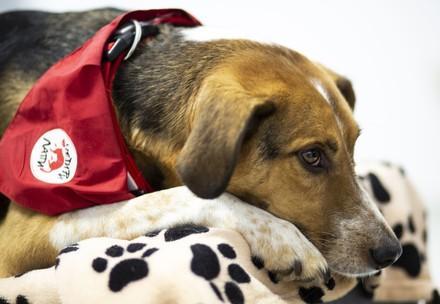 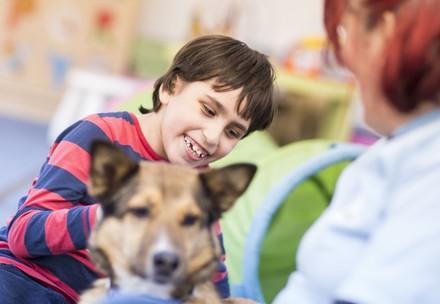 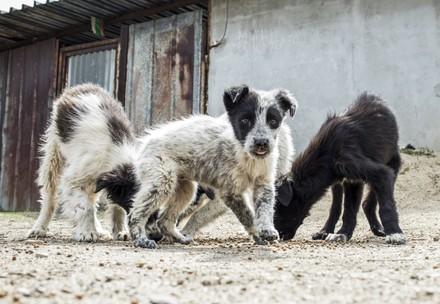