In 2017, FOUR PAWS signed an agreement with the Municipality of Sofia and became the first organisation to launch an Animal Assisted Intervention (AAI) programme with former stray dogs in Bulgaria.

Smiley was the first stray dog trained to become a therapy dog. He lives with Ani, who is a certified dog trainer and has additional experience in working with guide dogs and assistance dogs. After a short pilot phase, Smiley and our team delivered their first animal assisted interventions in Lozenets’ Center for children and adolescents in Sofia.

Since November 2017, Shoko also joined him.

How Smiley was rescued

In 2016, a volunteer found Smiley seriously injured on the street and brought him to the FOUR PAWS clinic in Bankya. At the time Smiley was just a 6 months old puppy - he had running wounds, one of his legs was broken in three places and he had to undergo two surgeries in one of our partner clinics. One week later, he was brought back to our clinic where he stayed in rehabilitation for four more months.

Later, Smiley was adopted and trained by Ani, our dog handler, as she immediately noticed his potential for becoming an AAI dog. 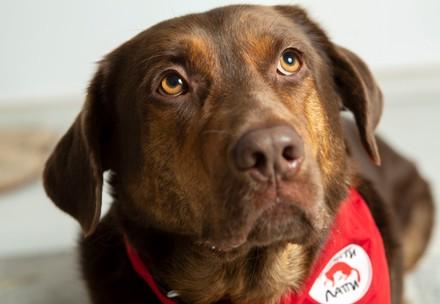 From guard dog to therapy dog 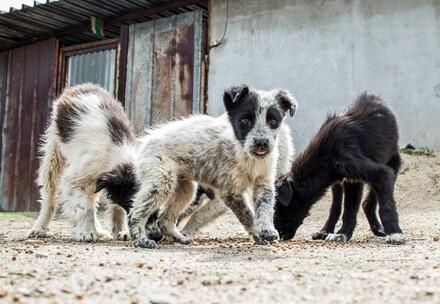