14 December 2020 - Global animal welfare organisation FOUR PAWS successfully rescued a former circus bear from Ukraine. On 11 December she arrived at Arosa Bear Sanctuary in Switzerland, which FOUR PAWS runs together with the Arosa Bears Foundation. Prior to her rescue, Jambolina was kept in a tiny cage in a garage. After a four-day journey of 2,400 kilometers across four countries, the eleven-year-old bear arrived safe and sound in Switzerland and can now settle into her new home. As was the case with the current residents of the alpine sanctuary, an aerial cable car took care of the last part of Jambolina’s journey to Arosa Bear Sanctuary - a logistical challenge that the experienced team once again mastered. Finally, a snow groomer brought Jambolina safely through the snow masses at over 2,000 meters above sea level to her new forever home.

Due to COVID-19 measures and cancelled events, Jambolina's owner was no longer able to let her perform in circuses. The bear had to stay locked up in a tiny cage for months while her owner looked for a solution. In close cooperation between FOUR PAWS and Arosa Bear Sanctuary, the rescue of the bear was organised.

“Transporting a bear across four national and two EU borders is a big challenge, even more so in COVID-19 times. We had to ensure Jambolina’s wellbeing at all times while a lot of paperwork and controls were needed for the logistical part of the transfer,”

On 8 December, the FOUR PAWS team on-site freed Jambolina from her tiny cage and started the four-day journey that led them from Ukraine to Switzerland via Poland, Germany and Austria. “Jambolina's keeping conditions were far from species-appropriate, which had a negative impact on her health. Her teeth are in bad condition and her claws need further examination. For the time being, she will remain in an adaption enclosure so that the team of animal caretakers can observe her. Through targeted food distribution, she will be accustomed to the rhythm of hibernation and hopefully regain her natural instincts,” says Van Genne.

Help end the suffering of the #SaddestBears

Arosa is overjoyed to welcome Jambolina and provide a new home for her. Not only the team at Arosa Bear Sanctuary, but also the locals were cheering for Jambolina. “It is incredibly beautiful to see what FOUR PAWS, in cooperation with Arosa Bear Sanctuary, is achieving with the rescue of Jambolina. We can offer a wild animal that has been caged for a long time the space she needs and thus give her new start in life. The fact that we are also bringing so much joy to countless families, school classes, grandparents, guests, locals and all bear fans at the same time is of course all the more wonderful," says Pascal Jenny, President of the Arosa Bears Foundation. Arosa Bear Sanctuary opened in summer 2018 and is a cooperation project of FOUR PAWS, Arosa Tourism and Arosa Mountain Railways. FOUR PAWS rescued the current residents, 14-year-old bears Amelia and Meimo, in February 2019.

Founded in 1988 in Vienna by Heli Dungler, the organisation advocates for a world where humans treat animals with respect, empathy and understanding. FOUR PAWS’ sustainable campaigns and projects focus on companion animals including stray dogs and cats, animals in fashion, and wild animals – such as bears, big cats, orangutans and elephants – kept in inappropriate conditions as well as in disaster and conflict zones. 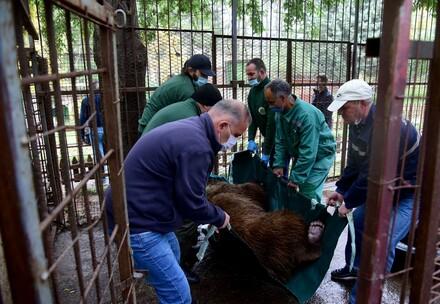 After years of suffering, bear Teddy gets the life he deserves in Bulgaria 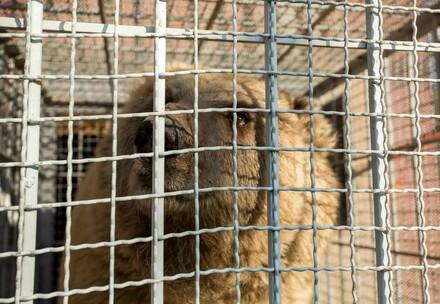 The end of Marghazar Zoo in Islamabad: FOUR PAWS relocates bears Suzie and Bubloo to Jordan