24 March 2021 – On 23 March, global animal welfare organisation FOUR PAWS rescued two Asiatic black bears from exceptionally cruel keeping conditions in Son La province in north-western Vietnam. Male bear Xuan was kept in a tiny, filthy cage in complete darkness in the basement of a clothing shop reportedly since 2004, when he was still a cub. It is unclear how long female bear Mo had to suffer in the dark basement. They only saw artificial light when they were fed or had to endure the excruciating bile extraction procedure. Even though the production of bear bile and the trade with bear products is forbidden by law in Vietnam, bear bile farming and illegal bile extraction still exists. Despite demand for bear bile declining, up to 372 bears in Vietnam are still suffering in cruel conditions on bear farms or in private keeping.

The FOUR PAWS team has rescued many bears from bad keeping conditions before but was left speechless by the cruelty they encountered. The bears had been living in complete darkness for years – 17 years in Xuan’s case. The team had to use flashlights to even see the bears. Their rusty cages were small and dirty, and there was no access to fresh air and poor ventilation in the windowless basement. Both bears were medically checked and cleared for the 9-hour return journey to BEAR SANCTUARY Ninh Binh, run by FOUR PAWS. Xuan and Mo will now receive all the care they need to recover from the ordeal they had to suffer.

“It was the first time we have rescued bears from an environment without any natural light and only exposure to artificial light. Despite being exploited for their bile for years, in such horrible conditions, both Mo and Xuan were quite calm and unafraid when we arrived. The health checks for both bears revealed gallbladder disease due to multiple unsanitary and traumatic bile extraction processes carried out on the farm. In addition, Xuan is overweight, has liver disease and his teeth are in terrible condition. We will examine them more thoroughly at our sanctuary clinic and determine their best future care. Bears are very resilient, but it will be a long road to recovery nonetheless,”

says Szilvia Kalogeropoulu, the FOUR PAWS veterinarian responsible for the rescue and transfer of the two bears.

FOUR PAWS has been working with local partners since 2017 to free as many bears as possible from their sad fate. The number of bears on bear farms in Vietnam has dramatically declined from approximately 936 in 2017 to 372 currently kept in private facilities. With its bear sanctuary in Ninh Binh, FOUR PAWS is supporting the Vietnamese government to end bile bear farming in Vietnam and provide a species-appropriate home for rescued bears. BEAR SANCTUARY Ninh Binh is not only a safe home for former bile bears, it is also an awareness and education centre for wildlife conservation in Vietnam. Some of the 40 Asiatic black bears already living in the bear sanctuary were not only victims of cruel bile farming prior to their rescue, but also of illegal wildlife trafficking.

Founded in 1988 in Vienna by Heli Dungler, the organisation advocates for a world where humans treat animals with respect, empathy and understanding. FOUR PAWS’ sustainable campaigns and projects focus on companion animals including stray dogs and cats, animals in fashion, and wild animals – such as bears, big cats, orangutans and elephants – kept in inappropriate conditions as well as in disaster and conflict zones. 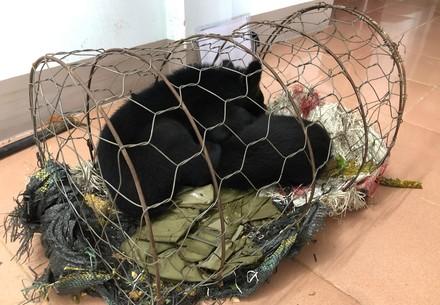 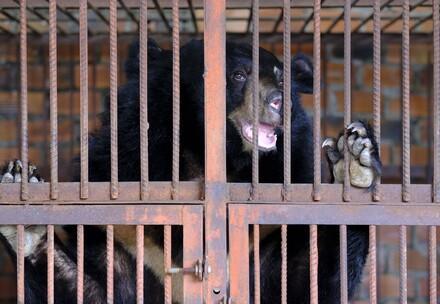