Over the centuries, many different breeds of rabbits have been bred, including rabbits in a considerable number of different sizes, coat colours, weight classes and shapes. Originally kept as a pure farm animal, it made its way into houses, apartments and gardens where it can live safely as a member of the family.

Rabbits were first domesticated in the 5th century. At that time, they were settled only on the Iberian Peninsula and in southern France. It is said that monks from southern France began to domesticate the rabbit. The reason was rather of a practical nature. They declared the meat of the animal to be a kind of fish, so they were allowed to eat it during Lent. The monks are also said to have been the first to select and breed rabbits in order to obtain varying weight classes and coat colours.

With the expansion of the Roman Empire and increasing trade between countries, the rabbit moved from the Iberian Peninsula to other parts of the world. Due to the food supply in the wild and its reproductive-joyfulness, it could spread rapidly.

The rabbit as meat supplier

Already the Romans had discovered the rabbit as a food source; so, as it happened when they invaded Spain in the second century B.C. and became attentive to the animals. In order to always be able to rely on rabbit meat, the animals were kept in fenced-in enclosures (Leporarien) where they could reproduce well. In the Middle Ages, rabbits were bred bigger and fatter to get more meat. In the 16th century, there were already several races with different hits. With the industrial revolution in the 19th century began the marriage of rabbit breeding. People moved from the countryside to the cities and therefore had no place for pigs, cows etc. anymore. Besides poultry, the rabbit was a safe supplier of meat, which could be kept in cities.

During the World Wars, the British and Americans were called upon to breed rabbits in order to have meat and fur for themselves and the soldiers. After the Second World War, rabbits were usually still kept as livestock. In the meantime, however, the fur-nose has taken on a different significance in the private sector.

The rabbit as a breeding object

The breeding of rabbits gained another angle in the 16th century, away from the breeding of meat supplier rabbits. At German princely courts, one discovered his heart for the dwarf rabbit and began with the breeding of different rabbit breeds. In the 19th century, the Victorians began breeding rabbits for competitions and exhibitions. In 1874, the first rabbit breeding clubs were established in Germany. In the 20th century rabbit breeding became a special hobby all over Europe. Breeders founded breeding associations and began to produce more and more unusual breeds, which differed in size, build, coat colour and weight.

The rabbit and welfare aspects

Rabbits are often regarded as perfect pets for children. The animals are considered undemanding and easy to care for, however, this is by far not so. The species-appropriate keeping of a rabbit presupposes an extensive knowledge about its needs at food, movement, care and much more. An improper attitude can cause significant to life-threatening damage to the animal. Since rabbits are masters in hiding discomfort and pain, some grievances in posture are only recognised too late. Rabbits must not be acquired from a spontaneous mood, belong neither in child hands nor under the Christmas tree, in the Easter nest or on the birthday table!

How the rabbit came to its name

The Romans had to experience that the brave rabbits did not want to settle for a life in fenced enclosures. They dug underground tunnels to escape their prison. Their Latin name "Oryctolagus cuniculus" means "hare-like graves of underground tunnels". 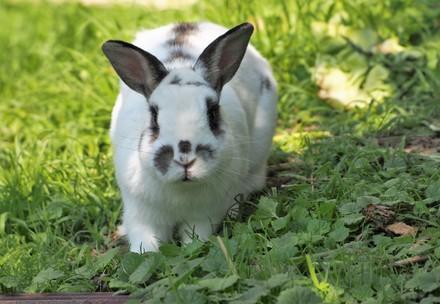 Guide for pet owners: Rabbits do not belong in cages - so keep the residence appropriate to the species 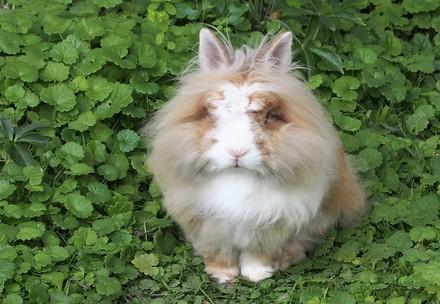 You can house-train them, do clicker training and much more 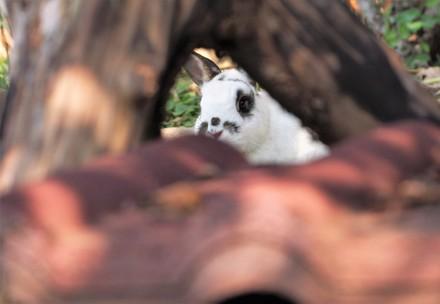 How to Design a Rabbit Enclosure