Ticks are not only a danger in spring and summer, they are also active when temperatures are low. These arachnids wake from their winter sleep at around 8°C, which means they are active all year long in most parts of Australia. Because they transmit microbes that cause diseases, these bloodsuckers are not just dangerous for people but also for animals.

The number of infections with babesiosis, anaplasmosis, and tick paralysis are increasing with milder weather and increased rain. Recently, there's also an emergence of a a fast-spreading new tick disease called the canine ehrlichiosis in Australia.

Babesiosis, also known as canine babesiosis, is transmitted by the 'brown dog tick'. First symptoms include exhaustion and lack of appetite and can lead to anaemia accompanied by fever and lethargy. If you suspect that your pet might have babesiosis, see a vet immediately. Without treatment, the disease is lethal!

The same is true of anaplasmosis and canine ehrlichiosis. Both are emerging diseases transmitted through the brown dog tick, that can lead to fever, lethargy and bleeding disorders.

Paralysis ticks can be potentially life threatening for cats. If your cats have been outdoors, do look out for symptoms of tick paralysis like fatigue, dilated pupils, salivation, respiratory noise, coughing, breathing difficulty, a change in the sound of their meow, depression, difficulty in walking and reluctance to jump.

Ticks lurk in high grass waiting for their victims

The first ticks become active as temperatures rise, usually in October to March. They become especially active in warmer, humid months after rain.

These arachnids mainly live in moist coastal areas, bushland or long, grassy environments. They sit on grasses and ferns at a height of up to 1.5 meters, waiting for their victims. Haller's organ, a sensory organ on the ticks' front legs, enables the eyeless 'vampires' to detect a host animal. Once they have settled on the host, they pierce the animal's skin with their scissor-like mouth parts and suck the blood. They gorge on the host animal for days before dropping off.

Important: check your pet after each outdoor activity (and preferably as part of your daily routine)

After each walk or time spent outdoors, the body of your dog or cat should be thoroughly examined. Remove any ticks immediately.

In addition, 'spot-on' tick control products recommended by a vet can protect your pet. Drops are applied to the back of the neck where the animal cannot lick them off. Products are available that both defend against ticks and kill them. Take care in the case of the insecticide 'Permethrin': while dogs tolerate this substance very well, it is toxic for cats. Read the instruction sheet carefully and do not use the same product to treat dogs and cats.

Spot-on products are recommended for cats especially, rather than flea collars, because the collar can get caught when cats roam around or climb. In general, commercially available anti-parasite collars do not guarantee 100 percent protection. Each product has an expiry date that must be watched.

Coconut oil is a popular plant-based alternative to conventional 'spot-on' anti-tick products. As long as a pet shows no signs of an allergy, the oil is totally free of side effects. Its contents and scent make it perfectly suited to prevent ticks from penetrating the skin of the host. Carefully rub a sufficient amount of coconut oil into the animal's fur in regular intervals so that it forms a protective coat. 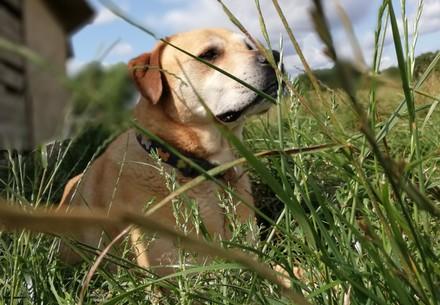 Due to the mild weather, ticks are now active almost all year round. 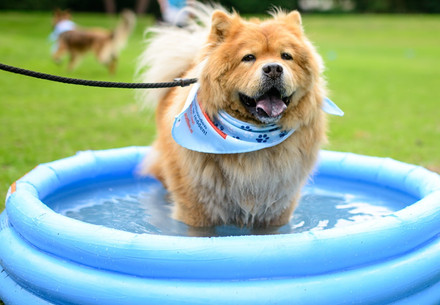 Spring Time: Keep your Dog on a Leash 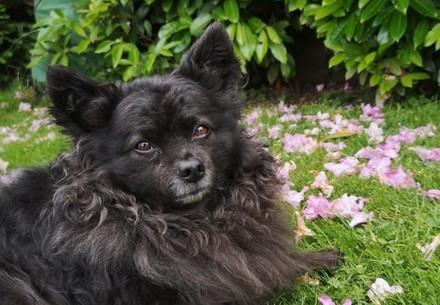 Preparing Your Garden for Spring and Your Pets