16 February 2020 – The violent explosion at Beirut's port on 4 August 2020 caused devastation, left thousands injured and killed hundreds. As a consequence, many pets lost their homes, and strays their food sources. Global animal welfare organisation FOUR PAWS has now launched a rescue mission to relieve the overcrowded animal shelters and feed the animals affected by the explosion in the Lebanese capital. In addition to medicines and essentials, such as crates and beds, FOUR PAWS and local volunteers are distributing a total of 10 tonnes of food to shelters and strays in need, which will help around 2,000 dogs and cats for another month.

Distributing the food, medicines, and other essentials in the midst of a global pandemic poses a logistical challenge for the FOUR PAWS team: curfews, strict safety protocols and high COVID-19 case numbers have to be taken into account.

“The unstable political and economic situation in Lebanon combined with the COVID-19 pandemic complicates our work enormously, yet we urgently need to provide quick help to the suffering animals. The shelters have had to take in more and more dogs and cats in recent months and have reached the end of their capacities. In this critical phase, it is important to ensure the proper care of the animals. We hope that the situation will ease soon."

Expertise in crisis and conflict zones

Shortly after the explosion last August, FOUR PAWS helped with the rescue and medical care of injured animals. The aim was to reunite as many pets as possible with their owners. If this was not possible, the animals were taken to animal shelters and put up for adoption. Lebanon is by no means new ground for FOUR PAWS. In 2019, FOUR PAWS, together with Animals Lebanon, rescued wild animals kept in two zoos in the south of the country from starvation. FOUR PAWS has also worked in countries such as Libya and Egypt in the past. In 2016 and 2019, the FOUR PAWS team evacuated two zoos in the Gaza Strip. In 2017, FOUR PAWS rescued 13 wild animals from an amusement park near Aleppo in Syria and the last two surviving bears and lions from a zoo in Mosul in Iraq. 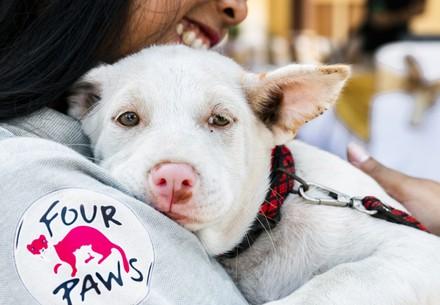 Our challenge is simple and urgent: to feed those who have been left behind as the world has shut down. Share a Can of Kindness today! 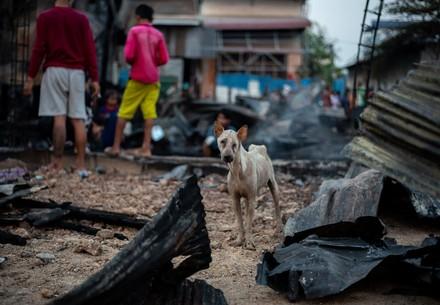